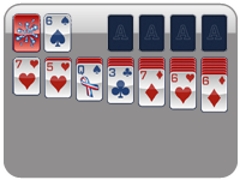 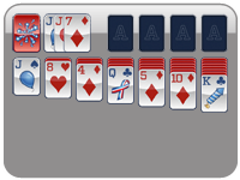 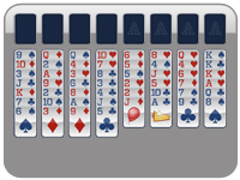 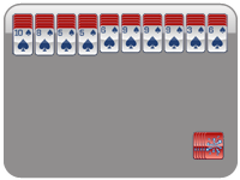 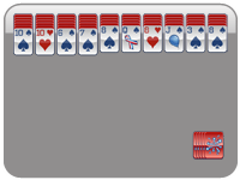 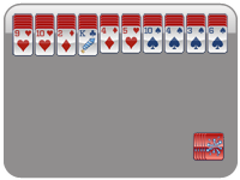 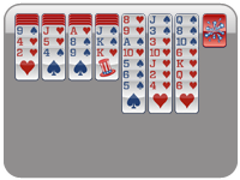 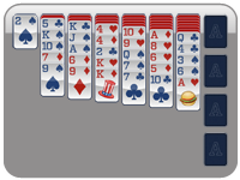 Barbecues a-blazing, flags a-waving, and Klondike Solitaire a-playing! This puzzle game is particularly hard to beat because of the three-card waste pile in which only the outermost card can be played. The order of cards within the pile switches after each play. You will out-sparkle the Fourth of July fireworks when you beat Klondike Solitaire!

Flip the face-down cards in the tableau as quickly as possible. This is not the only way to win, but it may be the easiest way because you can assess all your options in the puzzle game. The cards in the tableau should be placed in descending order (King to Ace). Win when you have put all tableau cards into the foundation slots. America's Founding Fathers believed in a challenge, and so should you. Challenge yourself with Fourth of July Klondike Solitaire!

DISCLAIMER: The games on this website are using PLAY (fake) money. No payouts will be awarded, there are no "winnings", as all games represented by 247 Games LLC are free to play. Play strictly for fun.